12 Cartoon Characters Who Have Real-Life Prototypes 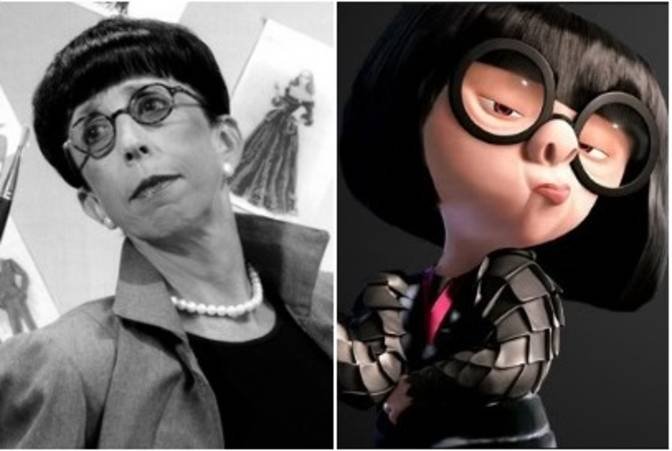 It’s no secret that creators of movie and cartoon characters like giving them features of actual people. Sometimes even character traits are transferred to the screen.

Mumy Bear found 12 similarities between cartoon characters and real people that turned out to be no accident. 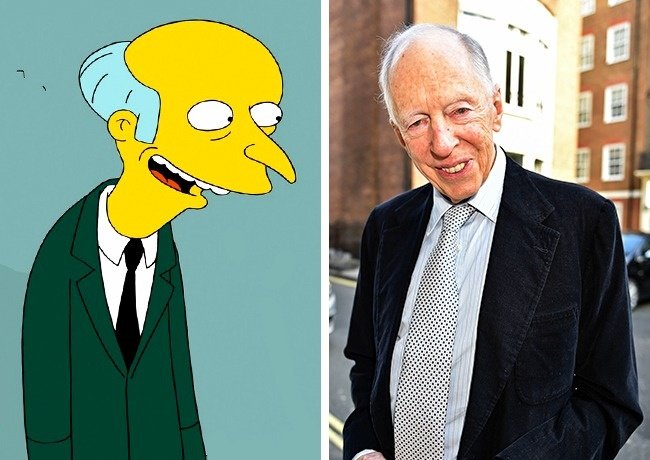 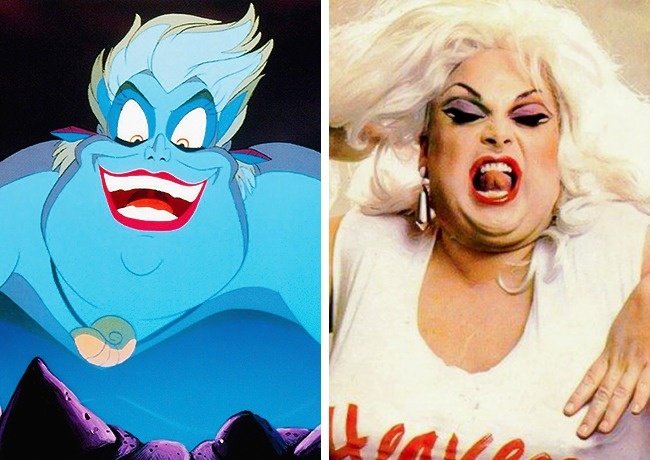 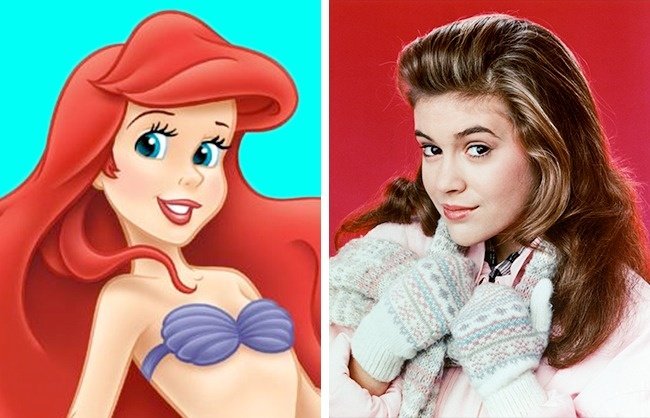 Early sketches of Ariel were inspired by the wife of animator Glen Keane. However, the final version was based on Alyssa Milano who was 16 when the cartoon aired — just like Ariel herself. 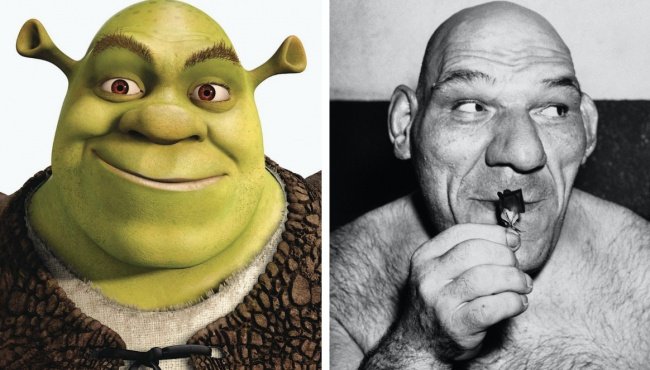 Maurice “The French Angel” Tillet, a French wrestler of Russian origin, is believed to have inspired the animators at Dreamworks to create Shrek. In his childhood, Maurice was a real angel (for which he received his ring name afterward), but he was diagnosed with acromegaly at the age of 19: his bones were growing very fast and large. The condition changed Maurice’s features a lot, but he joked about the problem and even posed at a museum next to statues of the Neanderthals. 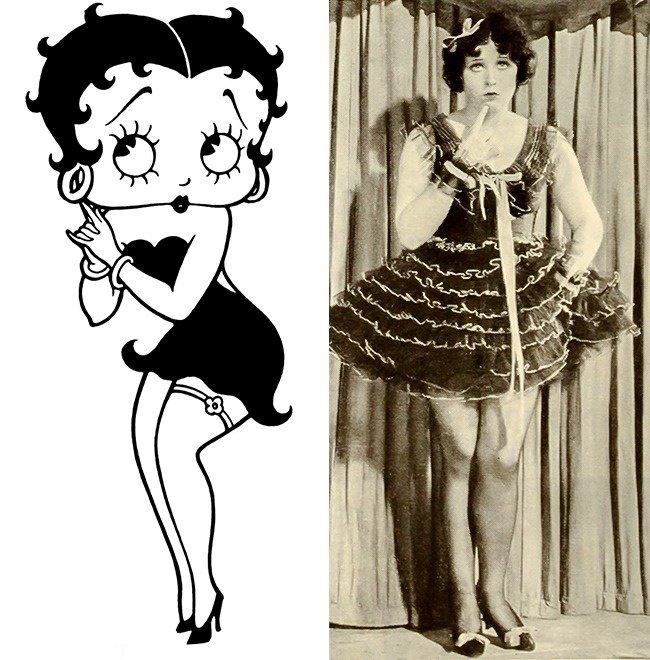 American singer and musician Helen Kane became the prototype for carefree and pretty Betty Boop. The creators of the cartoon hadn’t asked Helen before using her image, and it all ended with a lawsuit — a lost one. The court regulated that, despite the obvious resemblance between Betty Boop and Helen, the image of the singer and her manner of singing weren’t original. 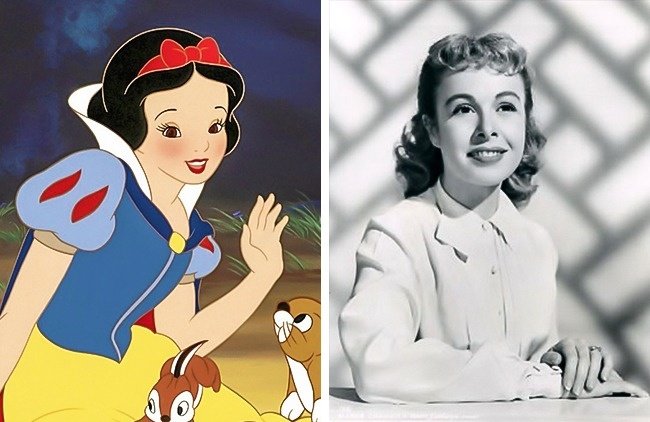 Actress and choreographer Marge Champion gave Snow White not only her features but her movements as well. During the first few decades of their existence, animated cartoons widely used rotoscoping: actors’ movements were captured on film and then animated. The actress had to wear a baseball helmet because Snow White’s head was a bit larger than a regular human’s. 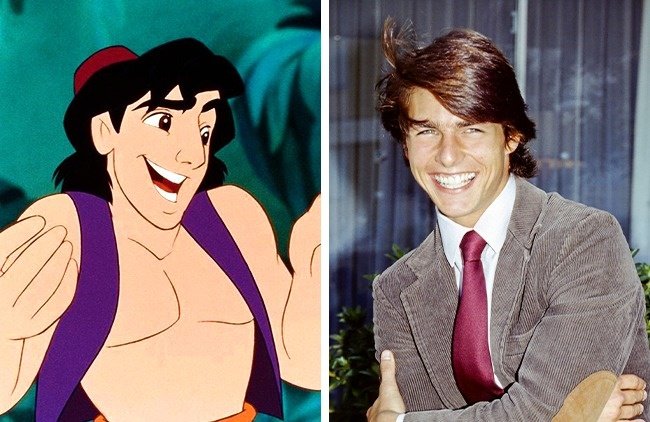 Aladdin was originally thought to resemble another actor, Michael J. Fox, but then the choice fell on Tom Cruise. Incidentally, the animation of Aladdin’s pants was “inspired” by the famous broad pants of MC Hammer. 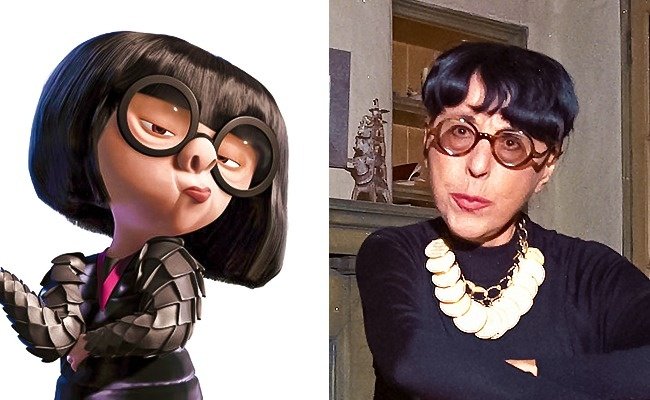 Fashion designer Edna Mode from The Incredibles was based on Edith Head, a costume designer with 8 Oscars — that’s more than any other woman has. 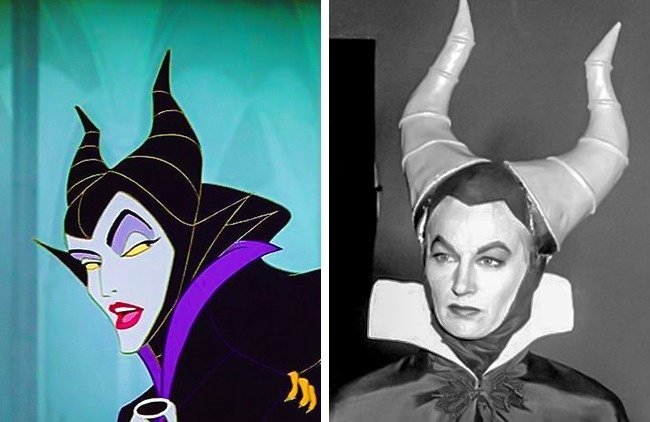 This one’s another cartoon where rotoscoping technology was used. Radio actress Eleanor Audley had to wear the same hat as Maleficent, whom she voiced. Eleanor’s voice and facial features were also used to create another cartoon villain: Lady Tremaine, the wicked stepmother from Cinderella.

Ron Clements and John Musker had seen this character with the face of Robin Williams and no other, so they gave the animator the task of creating Genie with a humorous streak — and that was a precise shot. 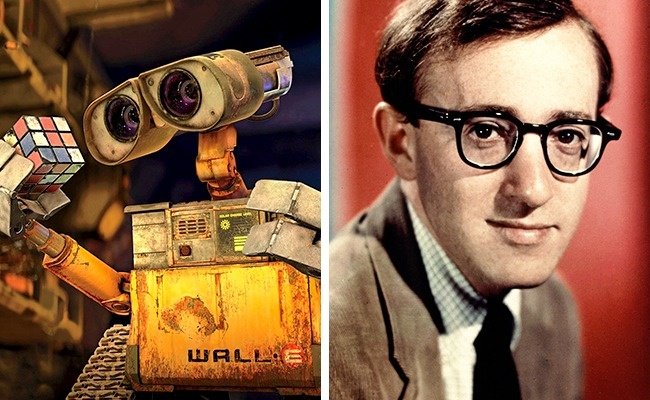 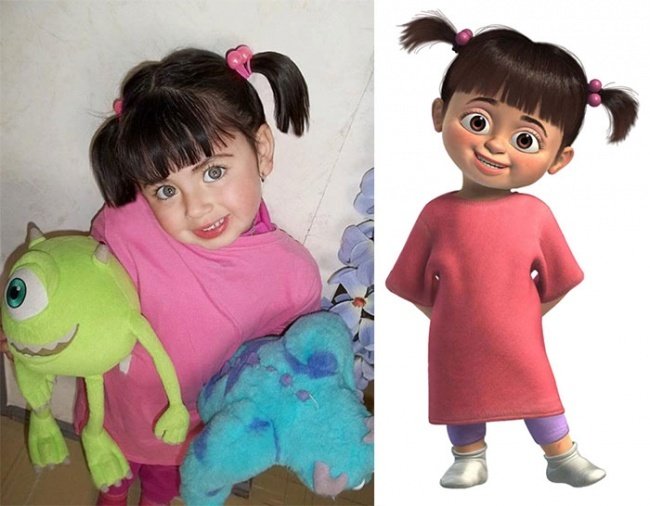 This absolutely adorable girl is not actually a prototype of Mary from Monsters, Inc. But she looks so alike that you may probably think she’s her human twin.

Model Kelly Lee Dekay confessed that Jessica Rabbit was her favorite character from childhood. So when she grew up, she tried to make her body shape exactly like Jessica Rabbit’s.