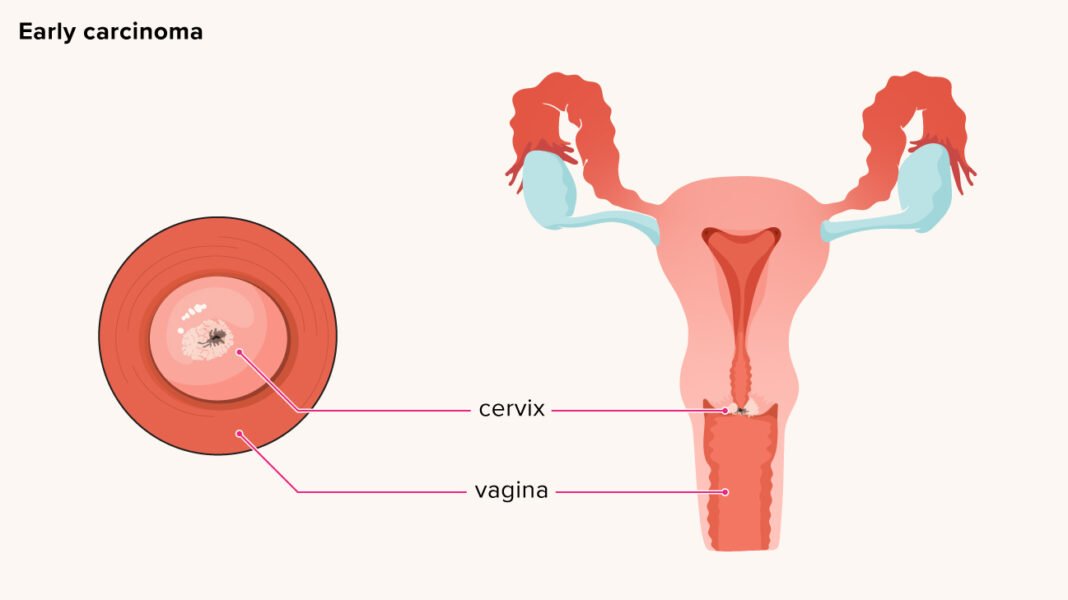 Cancer of the cervix is second only to breast cancer as the most common type of cancer found in women worldwide. It affects an estimated 500,000 women each year. In the United States and other developed countries, the rates of cervical cancer are much lower; in fact, according to the National Cervical Cancer Coalition, more than 80 percent of all cases of cervical cancer occur in developing countries.

The American Cancer Society estimates that about 12,170 cases of invasive cervical cancer will be diagnosed in the United States in 2012, and about 4,220 women will die from the disease.

To plan your treatment, your health care professional needs to know the stage of the disease. The following stages are used for cervical cancer:

The best treatment plans for cervical cancer take into account several factors: the location of abnormal cells, the results of colposcopy, your age and whether you want to have children in the future. Basically, treatment involves destroying or removing the abnormal cells. Three basic approaches are used alone or in various combinations:

Surgery is used to remove the cancer. Various surgical techniques may be used, including:

Radiation therapy (using high-dose X-rays or other high-energy rays to kill cancer cells) is used to treat both early and advanced-stage diseases. Sometimes your health care professional will use it alone or in combination with surgery. A common way to receive radiation is externally, just like an X-ray. Another procedure, called brachytherapy, involves having the radioactive source placed inside your body; it continues to emit energy for a specific period of time. In most stages of cervical cancer, radiation should be used with chemotherapy.

Based on the stage of your cancer, treatment regimens usually include the following:

Additionally, the FDA has approved two HPV vaccines, called Gardasil and Cervarix. Gardasil protects women against four HPV types—the two most common high-risk (cancer-causing) types of HPV, strains 16 and 18, and also the two most common low-risk types of HPV, 6 and 11, which cause 90 percent of genital warts. Cervarix protects against HPV 16 and 18. Both vaccines should be given before an infection occurs, ideally, before a girl becomes sexually active. Gardasil is approved for girls as young as nine and is routinely recommended for girls 11 and 12 years of age. It may also be given to women ages 13 to 26 who did not receive it when they were younger, as well as males ages nine to 26. Cervarix is approved for use in girls and women ages nine through 25. If a woman is already infected with one of the four HPV types in one of the vaccines, the vaccine will not work against that particular HPV type. (It will still work against the remaining types she has not yet been exposed to.)

Although Gardasil and Cervarix prevent two of the most serious high-risk HPV strains, these vaccines don’t protect against all of them so the FDA recommends choosing one of them as a complement to safe sex practices and regular Pap tests.

HPV screening of women ages 30 and over is also an important part of preventing potential complications of cervical cancer. The easiest way to screen for HPV is with the HPV test which checks for the virus itself. The Pap test can identify cervical cancer in its earliest stage but can also find abnormal precancerous cells and signs of an active HPV infection.

In conjunction with the Pap test, the HPV test can be used in women over age 30 to help detect HPV infection. Because it specifically tests for the types of HPV that are most likely to cause cervical cancer, when combined with a Pap test in women of this age group, the HPV test is better at identifying women at risk for developing cervical cancer than the Pap test alone.

The guidelines from the American College of Obstetricians and Gynecologists (ACOG) differ slightly. ACOG recommends that women between the ages of 21 and 29 get Pap tests every two years, and women 30 years of age and older with three consecutive negative Pap tests be tested every three years.

Talk to your health care provider about what is best for you, based on your medical history.